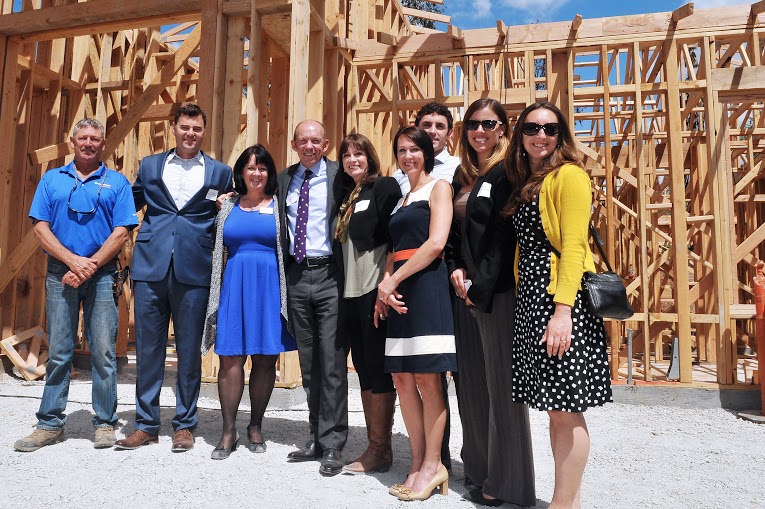 Yesterday, our team had the wonderful opportunity to attend an event celebrating the construction of two of the first memory care homes in the nation for adults with developmental disabilities. State and local officials, volunteers and supporters gathered at Noah Homes in Spring Valley, CA to sign an interior wall.

After announcing the $6.7 million project in January 2015, Noah Homes – a nonprofit supporting adults with developmental disabilities – partnered with more than 35 building and business partners including HomeAid San Diego, Brookfield Residential, Murfey Construction and others, who donated over $1 million in professional services, labor or materials. This was complemented by community donations and grants totaling $4.7 million, leaving Noah Homes with $1 million left to fundraise as the first of the walls go up. 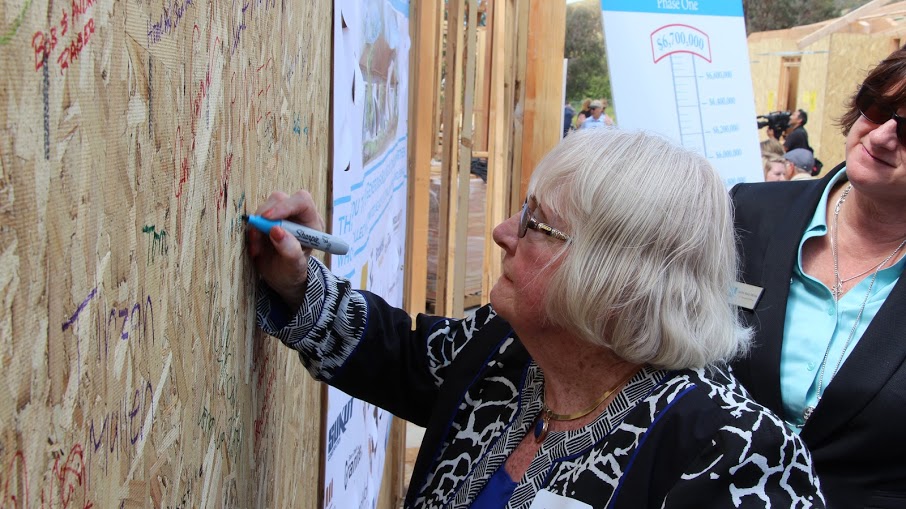 Noah Homes supporters sign a wall during the celebration of two memory care homes being built in San Diego.

The two 5,000+ square-foot homes will each house 10 residents, who will benefit from state-of-the-art technology, access to national research, and opportunities to participate in groundbreaking new techniques to fight Alzheimer’s, dementia, and other aging struggles. Noah Homes turned to Dr. Michael Rafii and his team at the UC San Diego Down Syndrome Center for Research and Treatment for input on the design of the new homes and the programming that will take place inside once they are built. The homes are scheduled to open in early 2017.

“The new memory care homes will allow those with developmental disabilities and dementia to grow old gracefully alongside their Noah family and friends,” said San Diego County Supervisor Dianne Jacob. “Many Noah residents develop Alzheimer’s disease or other forms of dementia at a young age and these new units will ensure that they continue to get the special care they deserve.” 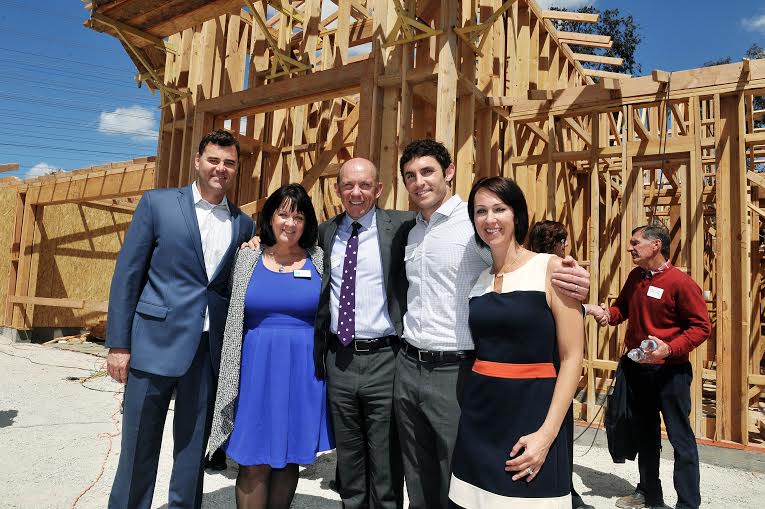 Studies show that more than 75 percent of those with Down syndrome aged 65 and older have Alzheimer’s disease – nearly six times the percentage of people in this age group who do not have Down syndrome – yet there are currently no memory care homes dedicated specifically to people with developmental disabilities.

“I am proud that San Diego is giving a voice to people with developmental disabilities nationwide, who are living longer than ever and facing aging issues for the first time in history,” said Molly Nocon, CEO of Noah Homes and member of the California Health and Human Services Alzheimer’s Disease and Related Disorders Advisory Committee. “Unfortunately, people with developmental disabilities are entering a broken and ill prepared healthcare system with costly options, if any, and we are working to change that.”

Some of the many specializations that will be made include infinity pathways to avoid confusion and getting lost, wider hallways and doors, memory games, yoga and music therapy, air motion sensors, silent alarms, and other hidden medical features disguised in order to keep a home environment.

“It’s amazing to see the progress being made at Noah Homes,” said Dr. Rafii, Director Adult Down Syndrome Clinic and Assistant Professor of Neurosciences at the University of California, San Diego. “These buildings will serve as models for such homes nationwide, where there is a clear and growing need.” 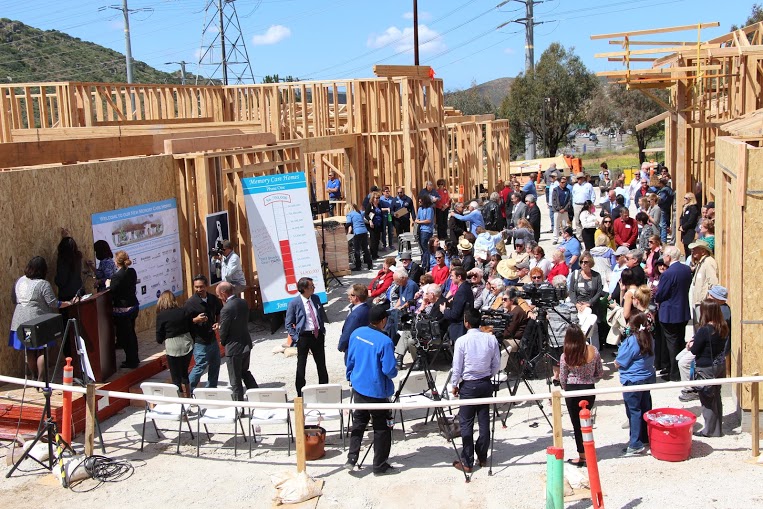 Noah Homes is also working with Alzheimer’s San Diego to develop training guidelines and standards of care through a $1.5 million National Institute of Health grant. Not only is Alzheimer’s the 6th leading cause of death in the nation, it is the only disease among the top 10 causes of death in America that cannot be prevented, cured or even slowed.

Project partners are hopeful that plans will be replicated by other organizations throughout California and across the nation, alleviating some of the burden of the estimated 44 million Americans who provide unpaid assistance and support to older people and adults with disabilities who live in the community. According to the Family Caregiving Alliance, the value of this unpaid labor force is estimated to be at least $306 billion annually, nearly double the combined costs of home health care ($43 billion) and nursing home care ($115 billion).

“We are hoping to prevent folks with developmental disabilities from joining the 10,000-15,000 homeless already in need of a permanent home in San Diego,” said Alexis Parker, Executive Director of HomeAid San Diego, a nonprofit dedicated to building multi-unit housing for San Diego’s at-risk populations. “And we hope to bring everybody into the fold to ‘join the journey’ with us and Noah Homes to make these homes a standard to replicate across the country.”

In addition to the memory care homes underway, Noah Homes has eight existing homes for 70 residents with disabilities ranging from Down syndrome to autism to cerebral palsy. In order to maintain high standards despite state budget shortfalls, Noah Homes raises more than $1 million annually from grants and community donations.